Why you should do Mawryngkhang trek (Bamboo Trek) ?

The spectacular Mawryngkhang Trek (Bamboo trek) is considered as one of the scariest treks of Meghalaya. Starting from a small hamlet in the East Khasi Hills, it takes places over a series of connected bamboo bridges that are laid out by the villagers over mountain ridges, over broomstick farms, and above roaring rivers.  Wahkhen, a Khasi village in the Pynursla sub-division, located on the popular Shillong-Dawki road. On this route, you must take a detour to reach Pomlum village. You’ll see a signboard at Pomlum pointing in the right direction to Wahkhen village, which is around 7 kms distant.

In 2016, the Mawryngkhang Trek became accessible to the general public. The Wahkhen villagers put forth a lot of effort and time to complete the project. The population of the settlement is estimated to be around 1000 people. There is a weekly music class in a traditional music school. The people built the entire bamboo trail themselves, with no assistance from the government. The people built the various bamboo bridges and wooden ladders without any outside assistance. Cane ropes were utilized to bind the bridges together, and only a few nails were used in the construction.

This trek also takes you to the legendary King of Stones of Meghalaya in Wahkhen Village and is quite famous for the story behind it. ‘Wah’ means ‘river’ and ‘Khen’ means ‘to flow’. According to Khasi folklore, there was once a tremendous stone war. One enormous stone emerged victorious in this one-of-a-kind duel. It was Mawryngkhang, and he was dubbed U Mawryngkhang after becoming the King of Stones. He stood there like a powerful force, lord over all he looked at. Soon after, U Mawryngkhang fell in love with another damsel in distress from a neighboring kingdom, known as “Kthiang.” All was well until Mawpator, another mighty stone with his sights set on Kthiang, arrived. As a result, the two stones engaged in a deadly battle. Mawpator broke Mawryngkhang’s left hand in the fierce battle. Mawryngkhang, on the other hand, was a formidable fighter who refused to surrender. He gathered all of his strength and delivered a powerful strike at Mawpator, decapitating him. U Mawryngkhang and Kthiang eventually left happily ever after. 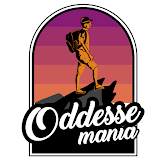 Aditi Sarma
Thank you oddessemania for arranging this dzukou trip really worth it. It all went so smoothly and we had a great time. Looking forward to more travels and adventures. 💜❤️
Read more

Rhitwik Baruah
The experience was great...the guide, homestay hospitality and everything else was real smooth and warm.....
Read more

Anu S
This was my first trip with Oddessemania to Nagaland where I have never been before. The whole trip was organized very nicely from homestay to our visit to Dzukou Valley. Joining solo was fun. Meeting new people, trekking mountains, watching stars under open sky.. Everything was refreshing and a change from the monotonous life 🙂
Read more

Rounak Das
Thanks to Prantika and Joy for arranging such an awesome trip to Dzukou Valley. I highly recommend their services as an very satisfied customer. 🙂
Read more

Adhoksh Pandit
Will book them again for sure Trip on a budget , they are pro on planning it
Read more

You will reach Shillong after a 3 hours journey from Guwahati and directly head to Wakhen village via Cherrapunji road. Relax a bit by dipping your feet in the cold water of the natural pool at the starting point of the Mawrynkhang trek. You are going to stay the night at Shnongpedeng. The next day you can explore Dawki go boating in the clear water river and visit Phe Phe Waterfall,  before returning Guwahati through Shillong.

When To Plan Mawryngkhang Trek?

Spring break in Meghalaya is during the months of March to May as it has a pleasant weather, it is a summer resort for travelers who want to escape the burning heat from the Indian plains. There will be some rains throughout this time, but there will also be plenty of bright days. Make sure you have an extra light jacket on you at all times.

This trek is basically accessible throughout the year. But in the months of heavy rainfall, especially June to October it is not wise to go on this trail as the bamboo and cane structures are susceptible for accidents as it gets really slippery.

It is the best time to visit for adventure seekers. Rainfall is less and one can easily trek on this bamboo heaven followed by an awesome road trip. The blend of cool breeze with the perfect sunshine will make you chill out on another level. Moreover one of the best things is the cherry blossom blooming all across the abode of clouds, Meghalaya.

• You’ll be picked up from Khanapara and leave for Meghalaya. The 3 hours journey will take you to the rock capital of India i.e. Shillong.
• Have your breakfast on the way in a hygienic dhaba/restaurant.
• You’ll reach Shillong soon and directly head to Wakhen village crossing the town of Pynursla via the Cherrapunji road.
• The road trip to this heavenly place is itself worth experiencing. Once you reach the start point of the trek, stretch yourself up, go to washroom if needed and most importantly, fill up your water bottles. Soon the trek starts.
• Relax a bit by dipping your feet in the cold water of the stream over there. You can also take a bath, if you want to or you can do it on your way back later. As you reach the top, sooth your eyes witnessing the beauty over there while having some lunch to gain the energy which you will require for returning.
• Soon, you have to return and head back to your campsite/home-stay located at Shnongpedeng for the night. Have your dinner under starry skies and sleep tight.

Day 2 :
Time to go back with beautiful memories

• Wake up and freshen up yourself. Have your breakfast and you’ll be ready to go boating and other water activities in the crystal clear water of Umngot River. Spend your time well in this one of a kind river area before leaving the site.
• Next up you are going to Phe Phe waterfall and get to feel the nature at its best. It’s a 30mins walk to the waterfall
• It's time to hit the road again and have your lunch. Drive back to Guwahati via the spectacular roads and views of west Jaintia hills.

How Fit I Need To Do This Trek?

Mawryngkhang Trek is moderately difficult trek.
So any fit person can do this trek, even if you do not have any previous experience. You should be aware of what to expect and mentally prepare for it. Then, as long as you will to, you can.

What about battery charging ?

Yes, you can charge batteries en route. Charger should be brought.
On campsite charging facility is there

Are there ATMs on the way to Mawryngkhang Trek?

No. There are no ATMs on this trek route. You will have to draw enough cash in Guwahati or Shillong. There are a number of ATMs in these cities. Everything is paid in Indian rupees.

Yes. Internet can be accessed in some of the places. Sometimes, there might be some technical problems.

Is This Trek Safe?

It is considered as one of the most difficult treks because of its height. However, this trek is accessible for most of the people. But one must take precautions while crossing the bamboo bridges and they must be alert at all times and careful.

India 3 Days
₹5,699.00
Why you should experience Hornbill Festival? Hornbill Festival is a ten-day cultural extravaganza held every December 1-10 to encourage, nurture, and promote Naga tribes and...
View Details
Available through out the year:

India 7 Days
8% Off
₹10,300.00 ₹11,200.00
Why You Should Do Har Ki Dun Trek? One of the most gorgeous among Uttarakhand trekking destinations, Har Ki Dun trek in the Garhwal Himalayas....
View Details
Available through out the year:

India 5 Days 1-6 People
12% Off
₹16,699.00 ₹19,000.00
Why you should visit Meghalaya? Meghalaya is famed for its roaring high waterfalls and dense forests. Its name literally means "Abode of the Clouds." As...
View Details
Available through out the year:
error: Content is highly protected !!